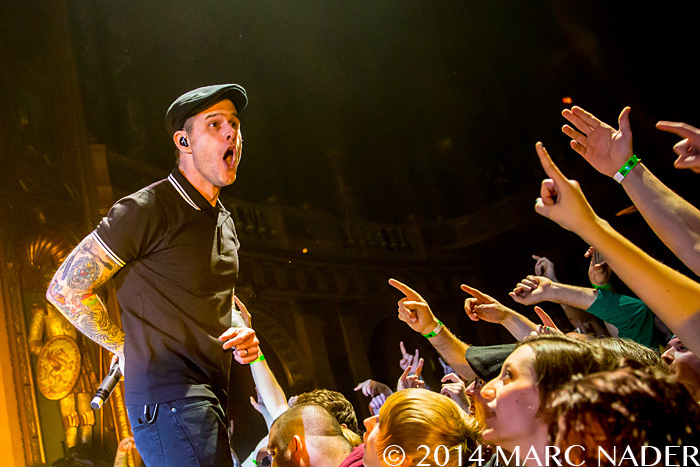 STOMP, STOMP, STOMP, STOMP went the feet of all the fans of the American Celtic-punk band Dropkick Murphy Tuesday night at the Fillmore. The stomping was in beat to the introductory Irish folk music that played, signaling that it was almost time… to PARTY!
While the capacity crowd pounded their beat, I felt peaceful with my beer in hand stomping to the sounds of bagpipes and tin whistles. The curtain dropped and the band unleashed into a full fledged punk fury. Within seconds my beer had magically flown about 30 feet behind me as I was unknowingly stomping in the center of the most instantaneous mosh pit I have ever witnessed at The Fillmore! For a band that has been around for 18 years, their modesty shows onstage as they look like just as homely as the fans that came to see them. They announced that they were playing their first album in it’s entirety which made the die hard fans start screaming at the top of their lungs! The energy of the show remained intact as they gathered the crowd surfing fans onstage to dance and sing with them. That’s something you don’t see at these big shows to much.
Celtic Punk is the genre they fall under, a no shenanigans mix of fast powerful punk guitars and drums with layers of traditional folk instruments like accordions, bagpipes, bouzouki’s, flutes and so on. They play their instruments with such skill that it’s easy to forget you’re listening to an American punk band. But still, out of all the fancy instruments, founding bassist Ken Casey holds it all down wearing his signature Boston Bruins jersey and  booming his left handed Fender bass with punk precision.

So if you hear that the Dropkick Murphys are playing a show soon near you, do yourself a favor and get a few of your mates together, don a few cabbie hats and get ready for a killer Celtic time! 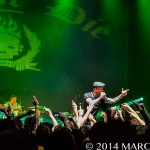 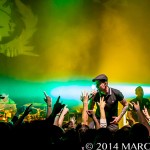 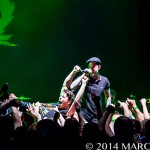 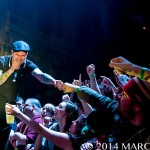 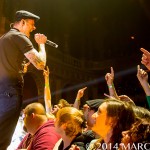 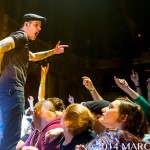 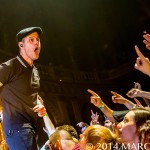 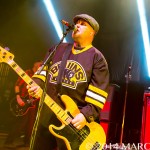 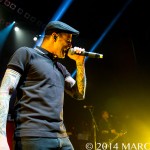 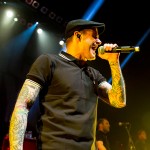 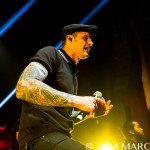 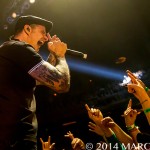 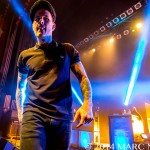 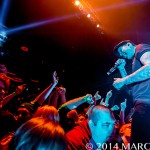 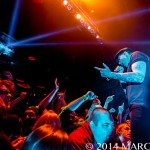 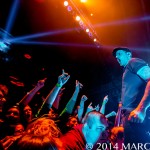 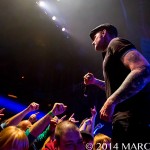 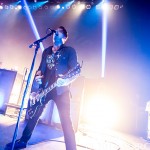 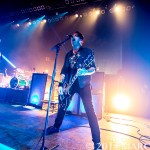 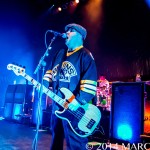 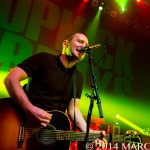 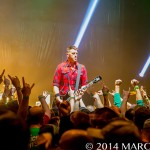 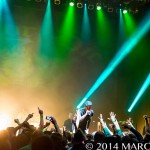 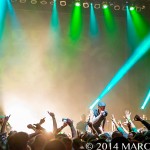 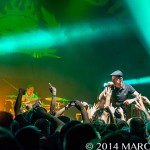 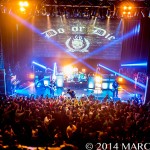 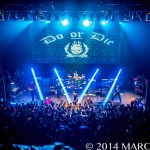 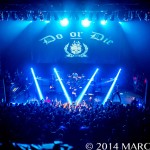